George Janjecic was my step-grandfather whom I never met. My grandmother was always known to me as Grandma Janjecic (pronounced Yanyechich). According to his death certificate he was born 12 Nov 1889 in Croatia. His given name was Juro according to his 1938 naturalization record.
I believe they got married sometime between 1940 and 1950. It could have been a common-law marriage without an actual wedding license.
He may have had children with his first wife and is the main reason I’m posting this photo. The story goes that he caught his wife cheating on him and beat her up with his shoe and kicked her out.  (No idea how much truth there is to it.)
My father resented him but he wasn’t necessarily a bad guy. More likely it was because this new father figure came into my dad’s life in his late teen years. George died in Nov 9, 1959 of a heart attack and is buried in Mt. Olivet in Detroit (Tier 79, Section 29, Grave 631).
My grandmother was able to receive some small pension from Burroughs Corporation as his widow. He worked there as a “drill operator” according to a 1950 city directory for Royal Oak Township (Madison Heights). 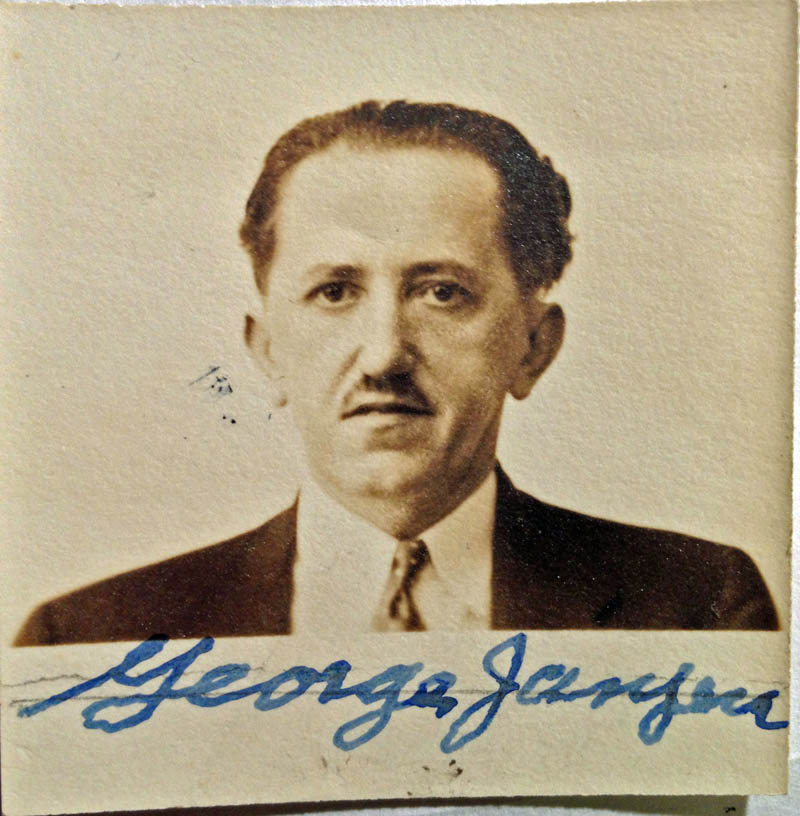