Here we have a bunch of us kids at a church picnic from the former Christ of the Lakes in 1980.
That’s me on the far left. If I’m not mistaken, next to me is Bob (Robert) Meyer and his brother John Meyer.
I’m not sure who the obscured person is. There in the front shirtless is Walter Svenkesen Jr. Behind him in the glasses is Geoff Switzer. Throwing the ball is Matthew Schantz. On the far right is Dick (Richard) Meyer, Bob and John’s father.
I don’t keep in touch with anybody here but I know that Bob is currently head football coach at Walled Lake Central High School. I don’t know anything about his older brother John. I believe they lived in White Lake and may still. Their dad I have seen occasionally within the past few years at my mother’s church. Walter now has an insurance agency in Waterford. Geoff I see occasionally but it’s been a couple years. And Matt I heard left the state after divorcing his wife Shelly. The Meyers probably went to Lakeland High School. Matt and Geoff went to Waterford Kettering. I think Walter went to Clarkston High School. 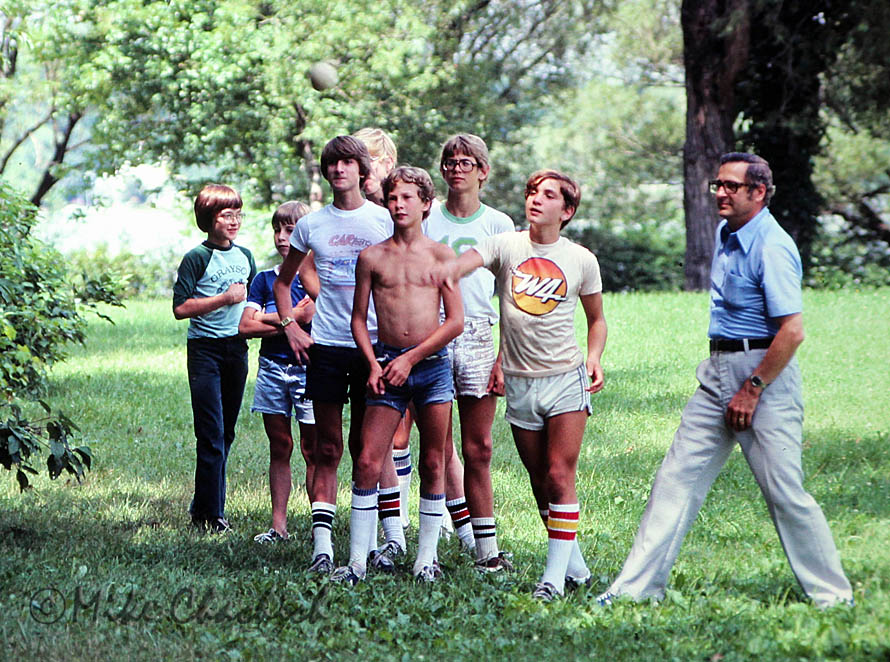 Here’s Walter’s mother’s obituary from a few years ago. I saw her about five years ago at the church before she passed away. She’d been a smoker all her life and there she was on oxygen looking about as good as one can look in such circumstances.

October 2, 2012
Karen
K. Svenkesen, 73, of Waterford, died Sept. 29, 2012, at Otsego Memorial
Hospital in Gaylord. She was the dearest wife of the late Walter J.
Svenkesen; the loving mother of Kari Jo (Michael) Stefanski of Gaylord,
Walter (Diane) Svenkesen Jr. of Clarkston; the loving grandmother of
Cameron, Joshua, Sean, Dominic, Ryan, Anona and Niklas; and the loving
sister of Judy Camperud and Sheri Hanson. She was preceded in death
by her parents, Joseph and Fern Johnson. Karen was born in Fargo,
N.D. She married Walter J. Svenkesen on Oct. 26, 1957, in Minnesota.