My mother found an old J.L. Hudson* employee handbook in her possession. There’s no date on it but it’s probably from around 1948. Neither she nor my aunt ever worked there but she thinks my aunt might have received it there when applying for a job. (Apparently my aunt, Barbara, had been let go from her job at Kresge’s for being late.) Eventually I’ll scan the whole thing but for now here’s the cover and “store organization” page which lists the managers. They were: 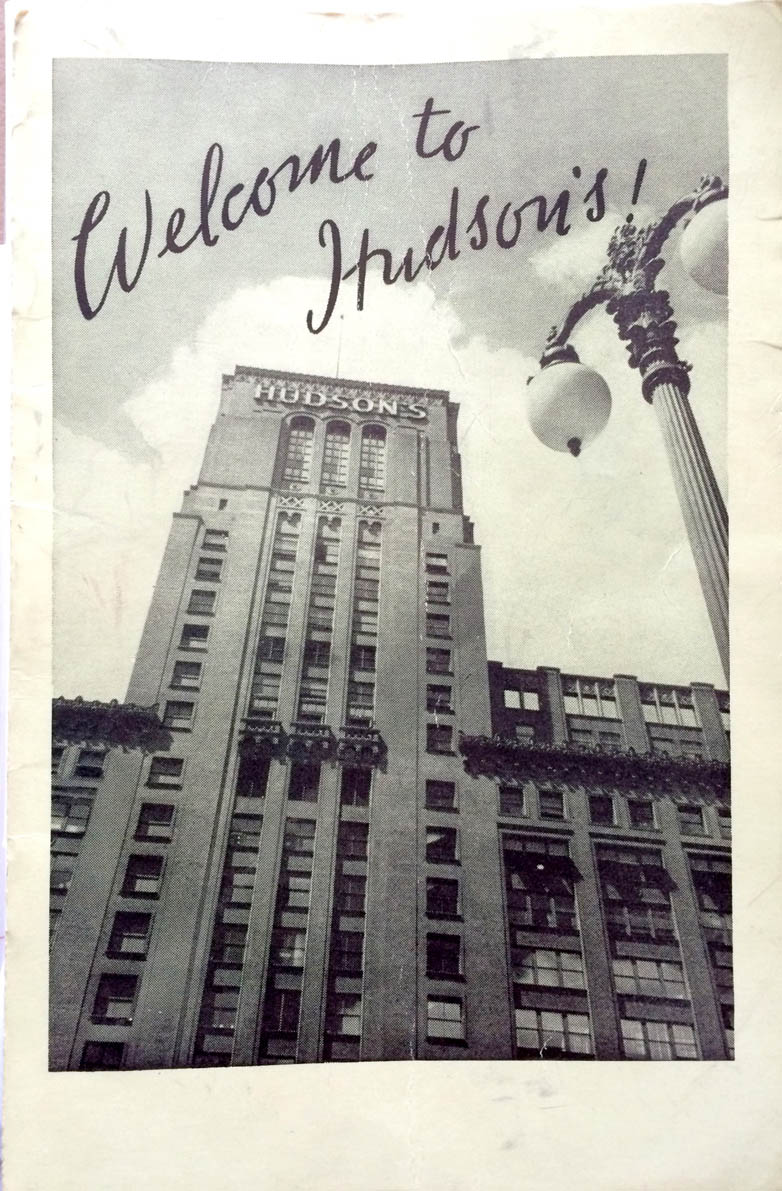 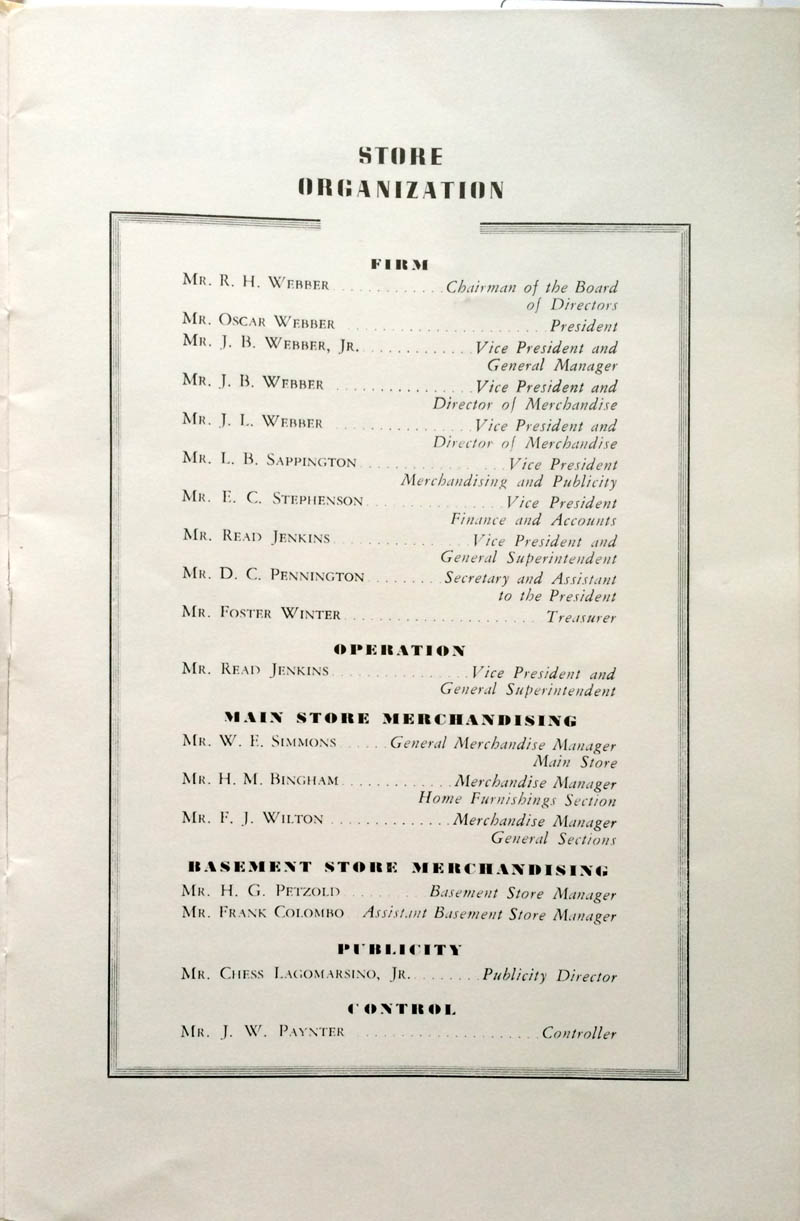 * J.L. Hudson was the iconic department store in Detroit rivaled only by New York’s Macy’s in its heyday. At the time this handbook was written the flagship store was 24 stories tall with 4 basements underground and a total area of 2,124,316 sq. feet.