This is Bill (William) & Ruth Clement in Des Plaines, Illinois with their daughter Barbara. I didn’t realize at first but later determined that Ruth is pregnant with her son Rich here. 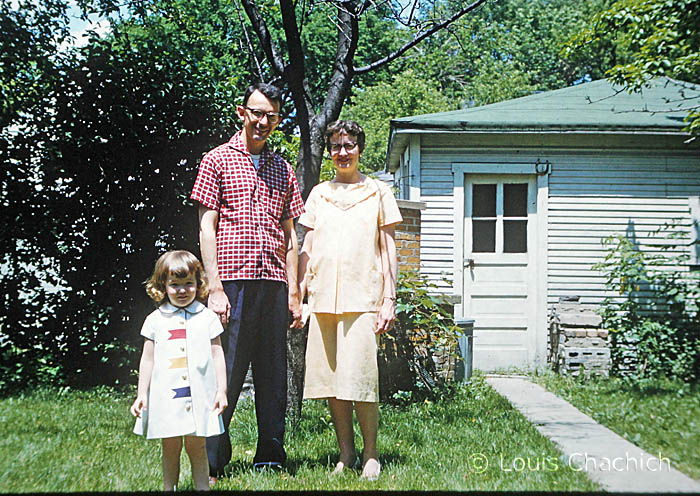 My dad used to work with Bill at American Standard in Chicago around 1955. This was taken in 1959. My parents had moved back to Detroit but they were back in town visiting. Fortunately my mother remembered the couple’s names otherwise I would have had to post this as an “unknown.”

I was able to track down Rich Clement and share this and other pictures of his family with him. He in turned shared them with his dad and sister.  (His mom passed away in 2011). Rich’s dad, Bill, remembered my parents well he said and “raved” about my mom’s dumplings. Very cool that something like that would still resonate 50+ years later. But I gotta admit, I like my mom’s dumplings too.

One Response to “Bill & Ruth Clement”