Johnny Desrosiers was my father’s best friend in Detroit around 1940. He was from a French Canadian family that moved to Michigan. These photos would have been taken around 1942.  Location of the “park” is unknown but almost certainly within Detroit, Michigan.  Belle Isle perhaps.
On the right side of the photo is my dad, Louis Chachich. 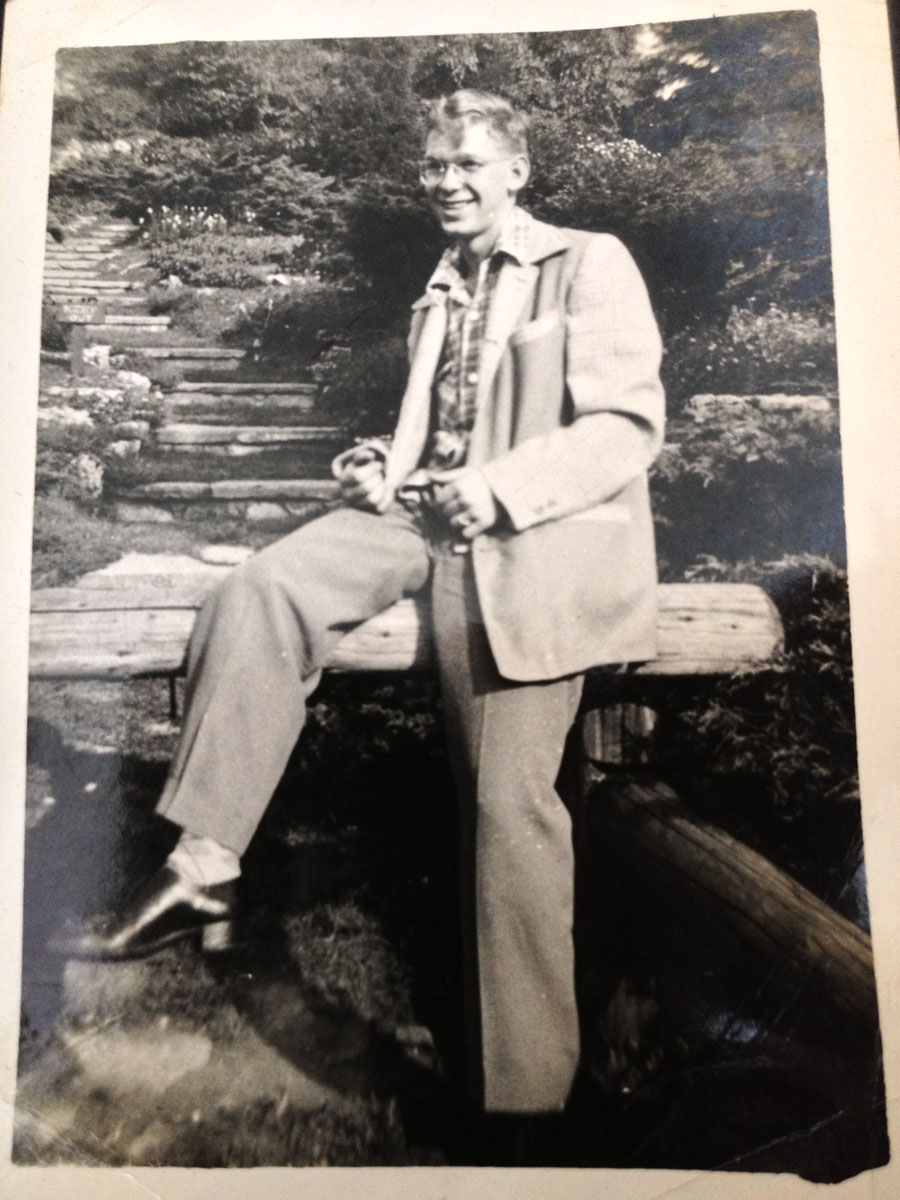 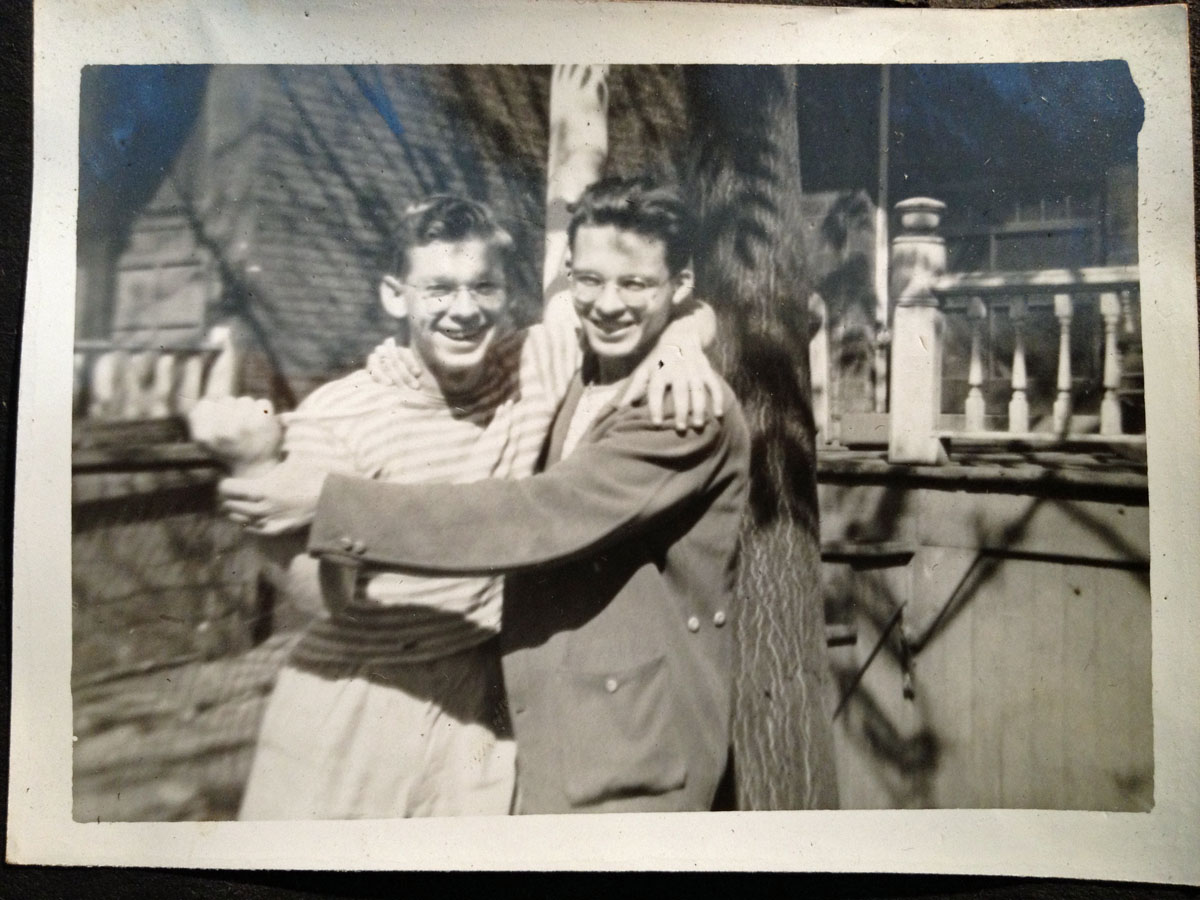 I believe this is the John DesRosiers who was born 12 June 1927 and died 5 June 2001 according to social security databases.  According to my mother his wife’s name was Lillian and was of Polish descent.