Here’s a shot from the 1950s my father took at an American Standard company event. American Standard was a plumbing and heating company and the brand still exists today although owned by some other corporation I’m sure. Note the Harold M. Armstrong: This is Your Life banner. Is it a Comedy Central roast?  No… It appears to be a retirement party for Mr. Armstrong. I don’t know what Station AR55 means. Perhaps the office code for the Detroit office. No idea of the names of the other guys standing around. Coworkers of my dad. Mr. Armstrong was the branch manager who hired my dad in 1952 so this guy had a direct effect on the trajectory of my Dad’s (and thus my) life. It certainly ensured that most of the scrap paper we used in our house when I was a kid were engineering drawings for sinks, toilets and the like. 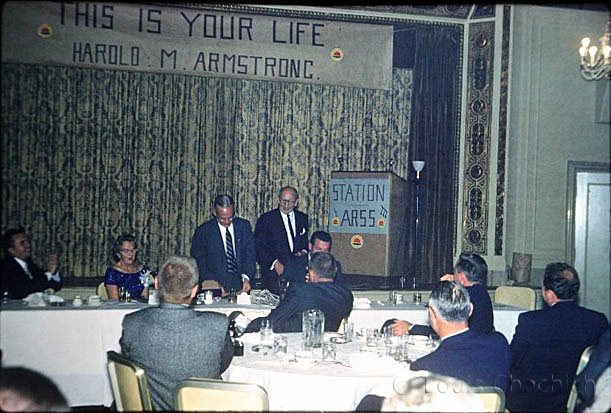 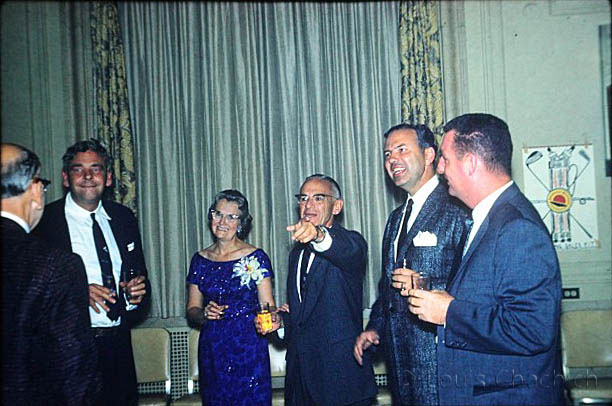 According to the 1954 city directory for Birmingham (MI), Harold was indeed the branch manager for American Standard and lived at 6105 Gilbert Lake Rd in Bloomfield Township with his wife Josephine Armstrong. According to Zillow, that house was built in 1952 and has 2046 sq. ft. and has 4 bedrooms and 3.5 bathrooms.
Josephine may be his second wife. There is a 1940 Birmingham city directory entry for Harold M & Mildred Armstrong at 579 Puritan Ave and he is Branch Manager for American Radiator Company. In 1940 census, he had a son Richard who would have been born about 1937.