Here is a shot of Milan Borchich at my aunt’s wedding in 1960. I assume it’s his wife and daughter in the shot but I don’t know for sure. I couldn’t find any records of a wife or daughter.
Milan Borchich was a groomsman at both my aunt and mother’s wedding. He was the brother of Annie (Borchich) Yarich, one of my mother’s best friends. He died in 1985 according to public records. I found a Greg Borchich in the Detroit area online so I assume he’s probably related to Milan.  Hopefully this shot will be a pleasant discovery for Milan’s relatives someday… 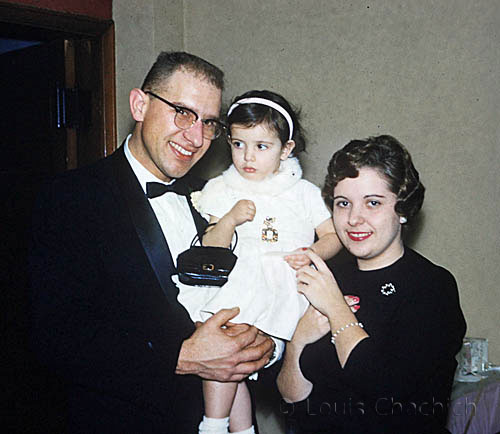 This is a photograph of Trenary’s Rustic Motel from the summer of 1963. The preceding photos on the roll were taken at Fort Michilimackinac so I think this place is somewhere near Mackinaw City.  However is also possible that it was in the actual town of Trenary which is in the U.P. (Michigan’s Upper Peninsula).  The street number noted on the office is “261.” 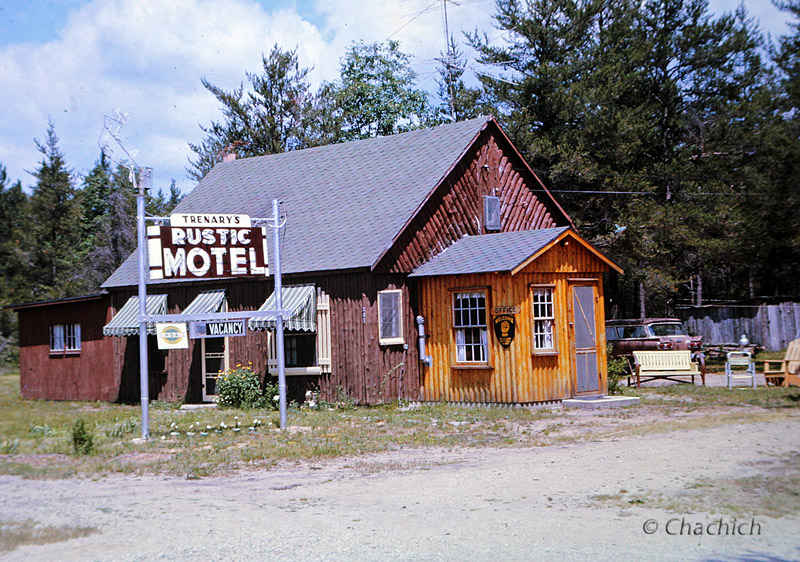